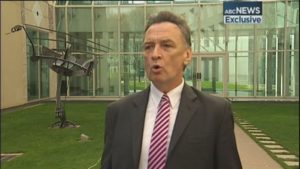 ‘I think Craig Emerson does a terrific job … as a Trade Minister’, Mr Garrett said.

Comment: He wasn’t much good at trade either. He didn’t do much for the steel trade, or agriculture, when the Italians dumped tomatoes in our market.