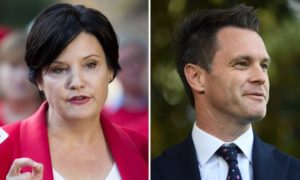 “If only we could get a leader like Bob Hawke, or Neville Wran for that matter. But they don’t come along every day. You don’t go down to the shop and buy a leader like that, it’s something that just happens” – Mick Sheils, a Labor member for more than 50 years, Sheils, from Dolls Point [who] is supporting his local MP Chris Minns

Minns is unlikely to ‘win’.

“One Labor MP [said] Labor general secretary Kaila Murnain wanted ‘anyone but Minns’ to win the ballot. Minns has emerged as the frontrunner in the leadership race but has a strained relationship with Ms Murnain”.

and also in April, the NSW Labor Politburo was announced:

“A ‘panel of Labor elders’ will be charged with helping choose the prospective new leader of the embattled party as it looks for a replacement for Michael Daley. The move is designed to ensure the party avoids the scandals of the past with the ‘Candidate Review Committee’ to ‘vet’ prospective candidates as part of the ballot process”.

Union bosses have threatened NSW Labor leadership hopeful and frontbencher Chris Minns with losing his preselection if he does not recant his maiden speech where he called for the union power on the floor of the party’s conference to be reduced. The threat comes amid rising tensions between Labor NSW secretary Kaila Murnain and ­Opposition Leader Luke Foley, with one point of tension being the delay in calling Mr Minns’ preselection in the Sydney seat of Kogarah in the lead-up to next March’s state election