“My experience is that the Australian people rarely get it wrong — they will vote for a United Party that is able to look after their interests and the national interest”. 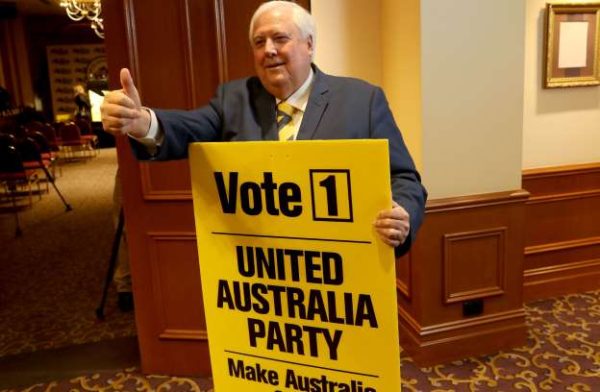 My fellow Australians,
Under Bill Shorten’s leadership, Labor is taking to the 2019 Federal election a full suite of economic, social and environmental policies. Bill has rejected a small-target approach in favour of his Labor vision of a prosperous, fair and environmentally sustainable Australia.

Bravery, honesty and vision are needed of the next Australian government. Laying out a party’s detailed policies ahead of an election requires political courage. Bill and his team have shown that courage, trusting the fair-mindedness of the Australian people.

A good government requires a strong team. Bill and his Deputy Leader, Tanya Plibersek, have assembled a blend of Shadow Ministers with extensive Cabinet experience and new talent. The stability and unity of Labor over the past six years has allowed Shadow Ministers to
master their portfolios and lead the way in policy development.

If elected, Bill Shorten and his team would hit the ground running, implementing Labor’s plans and setting the nation up for a stronger economic future.

Not only has Bill led a united Labor team, as a former trade union leader he has the track record of bringing workers and business together.

While Bill’s political opponents argue his trade union background is a liability for a future Prime Minister, I consider it an asset, as it was for me. It gives him the experience to achieve consensus with business, unions and community-based organisations for the challenges that lie ahead.

Labor’s political opponents are seeking to divide and frighten Australians ahead of this election – just as they did back in 1983 when I was seeking the Prime Ministership. It didn’t work then and it won’t work now.

My experience is that the Australian people rarely get it wrong – they will vote for a united party that is able to look after their interests and the national interest. And in my view, Australia needs a Labor Government led by Bill Shorten and his team.

Bill Shorten is ready to be Prime Minister of Australia. He will serve our nation well.
Yours sincerely,