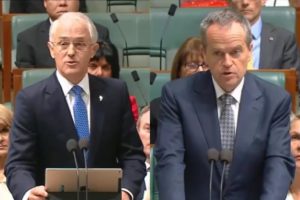 “No issue better illustrates the divide between America’s working-class and America’s political class than illegal immigration. Wealthy politicians and donors push for open borders, while living their lives behind walls and gates and guards. Meanwhile, working-class Americans are left to pay the price for mass illegal immigration, reduced to jobs, lower wages, overburdened schools, hospitals that are so crowded you can’t get in, increased crime, and a depleted social safety net. Tolerance for illegal immigration is not compassionate, it is actually very cruel”. 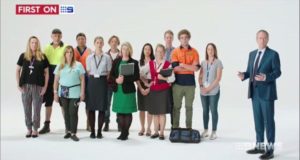 “Shorten [claims that he] is proposing a crackdown on 457 visas which allow businesses to hire foreign workers. He thinks that too many jobs are going to workers from overseas instead of locals. The Greens have accused Shorten of kicking off “a post-Trump attempt to chase Pauline Hanson’s One Nation vote”.

The government released figures showing that Shorten is a hypocrite because the highest numbers of 457 visas were issued when he was Employment Minister in 2012.